Damn and be Published

Back in the 1980s, there was this paper called Today. A left-leaning tabloid, Alistair Campbell cut his overly pointy teeth on it. Many people were surprised to learn it was owned by News International, publishers of The Times, The Sun and The News of the World. I myself couldn't figure out what was more sinister - blanket bombing the newspaper stands with ill-thought out, right-wing nonsense, or a publisher making an individual paper for all points on the political spectrum.

Yesterday, I received my copies of the CAMRA paper and magazine. And yet again was bemused about the breadth of member they were appealing to. As far as I can tell, What's Brewing appeals to the type of person with views depicted below. 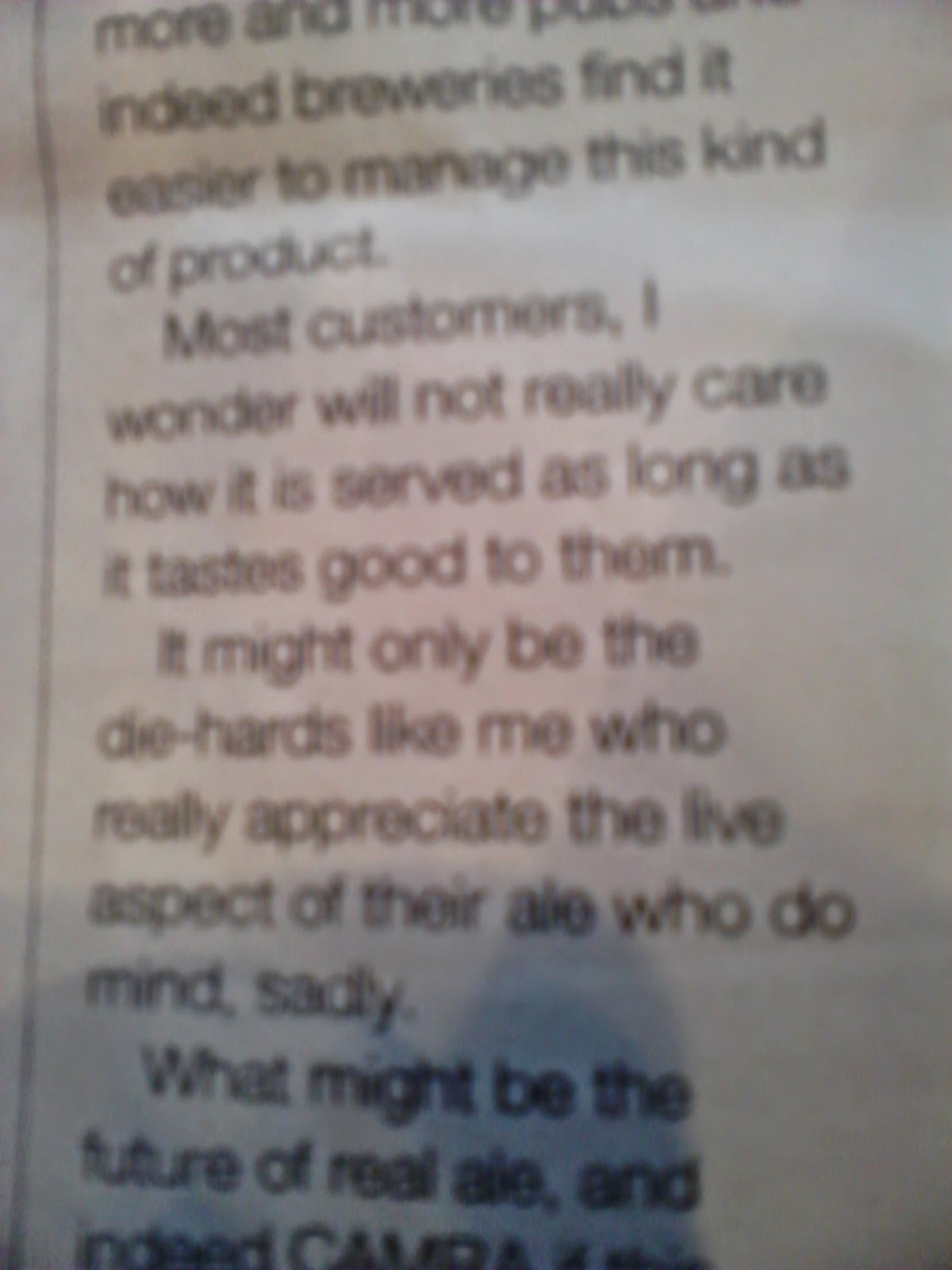 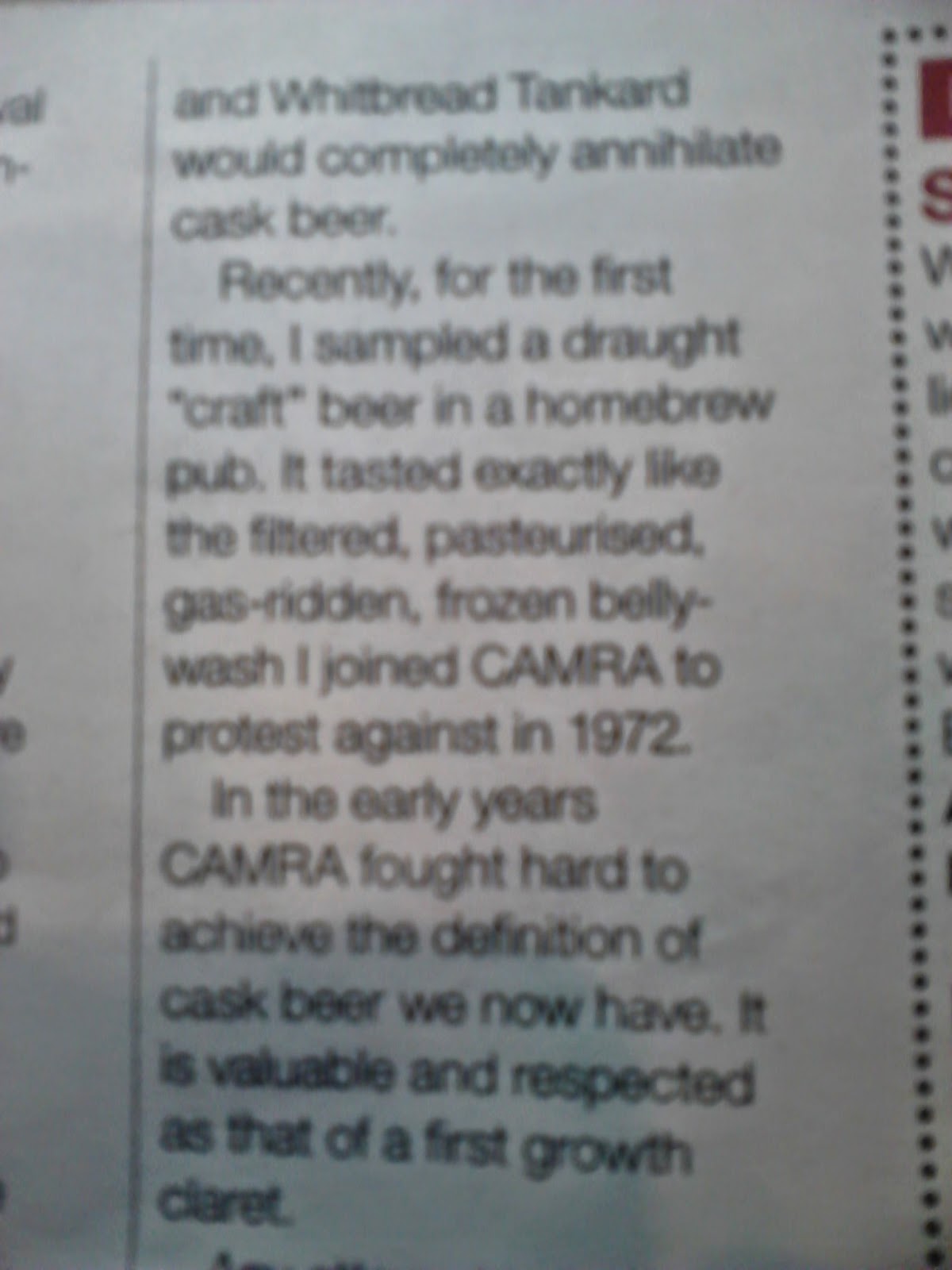 The magazine, however, deals with the 'craft' issue by mentioning it as little as possible. Despite it being designed by the same people, Beer seems to have at least entered the 21st century. Or at least the sub-Liechtenstein mid-20th century.  It can seem a bit confused, though. An article about the pros and cons of dimple mugs has a man from BrewDog (those fine purveyors of traditional ales) speaking against them . You can almost hear the winking as he writes "Any aroma from the beer is lost due to the large open top, as is any carbonation (v, of course)".

In many ways, this epitomises the divide in CAMRA as present, that between the hardcore casketeers and the casual Spoons Voucher Brigade. They each have their own separate periodical that appeals to them. Though it does make you wonder exactly to whom CAMRA is appealing. Could be that soon the Beardy end will die off and be "replaced" by the casuals.

Beer seems to be the "acceptable face" that CAMRA wants to present to the world, whereas What's Brewing is what the activists use to keep the organisation going. How long this will last is another matter entirely.
Posted by m.lawrenson at 08:57