I had thought about doing the Golden Pints thing, but as I don't lead what I believe is called the "typical beer blogger recreational drinking lifestyle" (Beer and Pubs - A Personal History), I couldn't see how I'd be able to fill in the requisite categories. So, this is my attempt at an assessment on the year's beer related activities as seen and done by me.

To me, actual beer hasn't progressed that much this year. Not living in a hipster enclave, I haven't drunk many fashionably weird beers this year. Preston's new beer place, The Moorbrook is possibly the only outlet for such things around here, but even there lager and Thwaites Original outnumber the sales of crafty stuff. The spectacle of seeing them unable to shift Mad Hatter Manchester Tart would not be seen much, I trust, south of Wigan. (Jaipur £3.30 a Pint)

One hitherto craft place to was reduced to installing Peroni on the fonts to drum up sales. And despite being vastly overpriced for what you get, it's at least the 3rd best selling beer there. I did question this at the time, saying that while it won't necessarily bring in the "wrong sort", Peroni will encourage them to linger longer than they otherwise would have done. (Regression to the Mean)

In the absence of decent Craft in many towns, drinkers now at least have a better selection at the local Wetherspoons. There's the Sixpoint in cans, the Lagunitas, the Adnams Red Rye IPA. In fact, in many places the Spoons will be the best place to go for decent beer. And then there's ridiculously-named BrewDog This. Is. Lager, which is a decent enough pint of fizz for £3.30. Though how BrewDog can now claim to be making Beer For Punks while shifting pallets of stuff at Timbo's and Tesco's is a moot point (Interview with Baron Dickie of Ellon).

As for me, well there's been good times and bad. I had an immense 16-hour drinking session in Edinburgh in October, which is possible now the whole of Scotland's capital has gone Craft (I Wish I Was in Crafty Hipster Land), but that's pretty much the only ludicrous thing I've done this year. There have been, unfortunately, a few too many incidents where I've ended up a mess (both mentally and physically) on the bus and afterward due to unwise drink choices.  But as I'm still unaware of how that happens, I'll have to live with it for the time being. Or, as I often did, switch to Fentiman's if I'm feeling delicate.

Oooooooold.
Posted by Lizard Seer at 07:46 No comments:

Police Crack Down on Alcohol-Fuelled Disorder

Police across the country have braced themselves for Christmas drinking misbehaviour this December.  Statistics from the Institute of Spurious Reasoning have predicted that alcohol related disorder will increase 500% year-on-year due to life being generally more shit than last year.

Town centre night copper PC Dave Fakestatement said "I spotted an office worker going into a public house and observed him ordering a half of lager. I waited outside for 30 minutes until he exited and questioned him about his intentions."

"He said 'What's all this about?'. So, naturally I arrested him for being drunk and disorderly and for resisting arrest."

Local manufacturers of flavour-shy liquid Lehybison's Brewery today announced that from April, they will be ending production of their 4.2% Best Bitter due to 'declining demand'.

Explaining the decision, Chairman Colonel Lehybison-Smythe told us "Best Bitter is last century's product. Our image consultants said it doesn't fit in with our expensive refurbishments of local pubs.  Let's face it, all the codgers who drink it will be dead soon anyway."

"Of course, we'll be bringing it back in September with a Crafty makeover. We'll call it 'Colonel Lee's American Brown Ale' or something."

Hipsters across the land went without their Christmas dinner due to lack of a suitable food-matching beer to go with turkey and sprouts.

Flat cap and flannel shirt denizen Joe Fairtrade complained "I sat down expectedly but found I only had a choice between Staropramen and Adnams Tally Ho. As everyone surely knows, Staropramen is too cutting and carbonated to complement roast turkey and Tally Ho is an old ale - far too sweet and thick for sprouts and parsnips."

"I didn't get anything at all to eat that day. Still, it'll help me fit into to 16-inch waisted jeans I unwrapped in the morning."
Posted by Lizard Seer at 07:21 2 comments:

Yes.  It's December. It's cold.  It's wet.  It's Noddy Holder and Roy Wood's biggest earning time of the year.  Frankly, I'm sick of it.  I was sick of it by 4pm on 1/12, to be honest.  I'd go down the pub to avoid this crap, but by Orders Of The Pub Company they have to put up 'decorations' and have a 'Christmas Playlist'.  Sadly, they don't seem to realise that this, like Peroni on draught, attracts the wrong sort.

My heart sank upon walking through the door.  Eight blokes in Christmas jumpers swigging the aforementioned Italian Premium Lager.  It was Four-Thirty, and they were hammered. It's ok, I said.  They're circuit drinkers.  One pint and on to the next one.  I decided to brave it out rather than go to the Spoons where I can hide easier.

Greg also had the misfortune to be in that day.  Greg works at the museum.  He's an affable, if sartorially eccentric chap (half blond, half black hair; silver rings on every finger; large chain around his right pockets).  He was probably reckoned by the Peroni and Jumper types as an easier target for off-key Meatloaf songs and questions about his gender,

I'd've just walked out, doubting both my verbal and physical abilities against eight pissheads.  But Greg had had a bad day.  Both the F and the C words were used towards them. And then came the immortal comeback from the fattest and most pissed of the lot :

You could take issue with Greg's language, but not his assessment of the character of these people. The barmaid had seen everything.  She told them that this was a nice pub and they should drink up and leave.  Fatty was ushered out of the door by a slightly less pissed mate, threatening complaints to the Pub Company, and saying that none of them would fucking come here again.  Greg was given a free pint for his trouble.

We all agreed afterwards that, while it would be difficult, the place would somehow muddle through without them.

The biggest laugh of the day, however, was gained when we saw them staggering towards the pub around the corner.  This, hilariously, is a somewhat, shall we say, a more down-to-earth establishment.

I'd be surprised if they were ever heard of again.
Posted by Lizard Seer at 15:24 No comments:

Alcoholic beverage producers!  Want to revitalise your tired brands and endeavor to appeal to newer and younger audiences?  Then send an email to me with your requests, and I shall work my branding magic for you!  Shown below are examples of my most recent successful product relaunches : 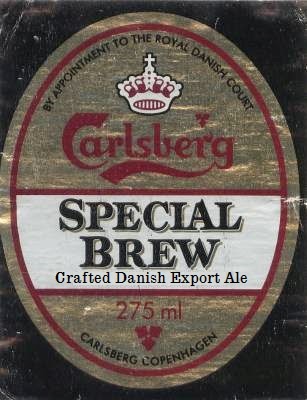 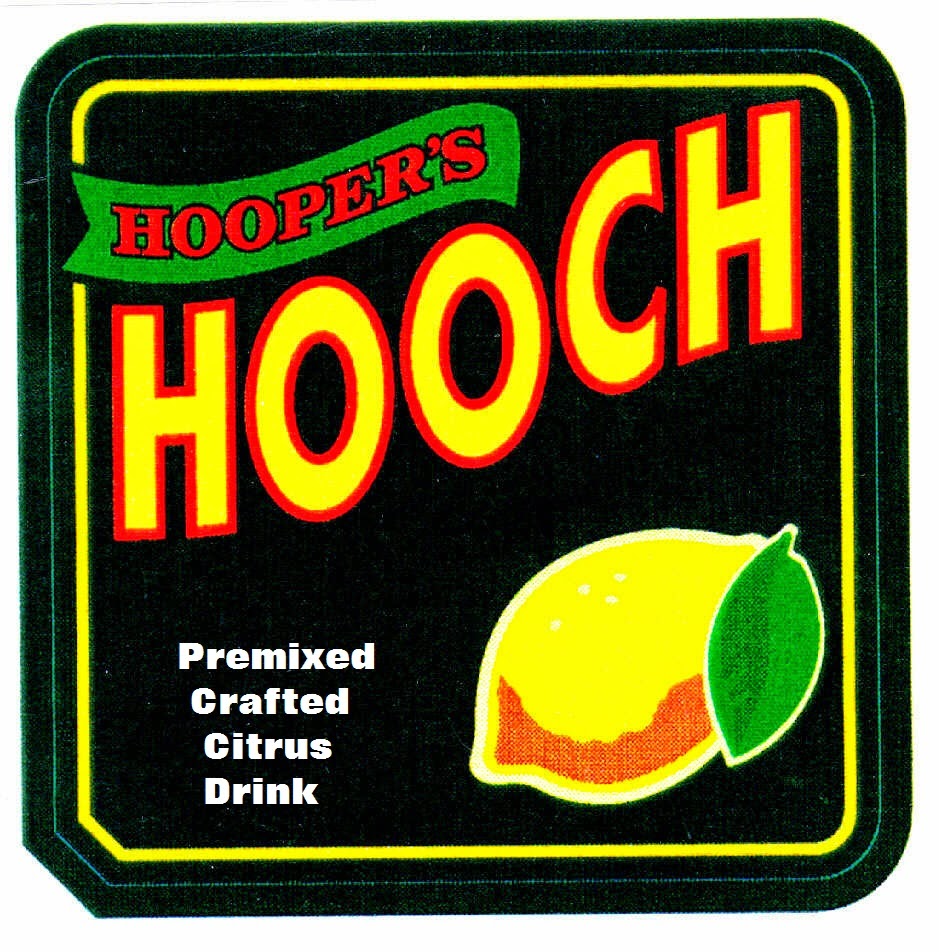 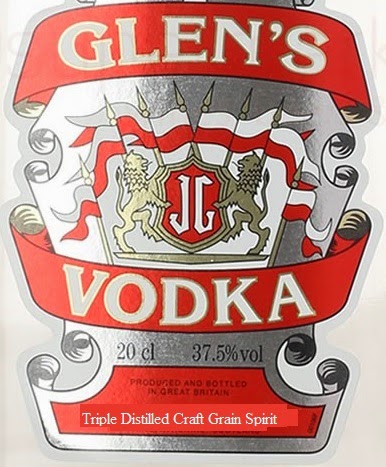 All fees negotiable when paid up front.  Disclaimer : M.Lawrenson is not responsible for outbreaks of hilarity, mockery and incredulity on the the internet.

On January 2nd this year, the winner of the Bermondsey Reclamation Yard UK Craft Beer Bar Award will be announced. Out of an exceptional field, three nominees have been chosen.

The Perambulating Marmoset, Camden : This exquisitely decorated hipster palace features a bar constructed from five Edwardian 4-panel doors thrown away by Barry Bucknell in 1962, balanced on recovered pieces of the Euston Arch.   All male staff are required to remain unshaven for the duration of their employment, with measurements carried out weekly.

No beer information is displayed on the premises. This helps customer interaction as no beer can be served until the patron proves themselves hip enough to guess which beer is cool enough this week to be served here. Prices start at £8 a third.

The Optic Row, Didsbury : Despite their presence in this shortlist, this bar only serves a couple of Evil Kegs. The Optic is mostly known for it's enormous lineup of obscure craft spirits and liqueurs.  The biggest draw is random night, where five ingredients are chosen at random and everyone present has to drink it. The Galliano/Campari/Cointreau/Chartreuse/Fernet Branca night was a particular winner, especially for the bucket and detergent merchants of Manchester.

The toilets in particular are renowned, shaped as they are like a giant Martini glass. The olive shaped urinal cake on a giant cocktail stick is a special touch.  All bar staff are attractive slim young women. Any mixology failures are rarely complained about for some reason.l
The Tap Bar, Coventry : A traditional pub that serves decent beer at reasonable prices in comfortable surroundings. How they got on this list is anyone's fucking guess.
Posted by Lizard Seer at 10:47 No comments: