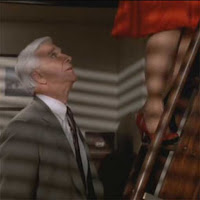 Hello?  Has everything calmed down yet?  Craft beer survived despite the torrents of shelf-removed and drainpoured beer? Ok.  So, now we can get some kind of perspective on the whole "Beavertown Sold Out To Heineken" issue.  Right?

To the disappointed ideological Crafties, yeah, it's one less brewery to choose from.  But London alone has over 100 of the things now.  There's a beer for you right down your street at the local bottle shop or craft bar, and it won't be owned by Big Beer.  To the people saying that Beavertown was overpriced, cloudy, vegetal-tasting sludge, well, Wetherspoons awaits you.

The problem is with this kind of issue is that people take it personally.  For some reason, a lot of people have made an emotional investment in Logan Plant and his beer factory.  Despite the history of "edgy", "unique" and "game changing" ethical companies all selling out in the end.  Read the history of Green & Blacks (sold to Cadbury plc. in 2005), Innocent Smoothies (sold to Coca Cola in 2009) and Pukka Tea (sold to Unilever in 2017).  This stuff isn't new.

Had Mr. Plant told the likely story behind his brewery's founding in 2011 (as opposed to the"stories" the Beer Communicators want us to believe), would have gone something like this :


"Well, I heard Craft Beer was going to be big in the next few years.  So I got some seed funding and investors together to form a company which had targeted growth and projected market penetration in the sector, with a view to selling the company to the most suitable bidder once a certain level of turnover had been reached"

This is probably closer to the truth than the usual guff about the "Evils" of "Big Beer" we generally hear from Craft Brewers, but how would it have gone down with his brewery's intended market - young, ethically aware, anti-big capital etc?  Right.  They wouldn't have touched Beavertown beer with a 90-foot mash paddle.  They would've thought "The Led Zep dude's son is trying to rip us off, just like his dad did with Willie Dixon."

Logan Plant is a businessman.  No more, no less.  He will say or do whatever it takes, within reason and legality, at any given time to grow his company and its profits.  The fact that other people think he's betraying some kind of Craft Brotherhood by "selling out" is no fault of his.
Posted by Lizard Seer at 11:35 8 comments:


Despite nobody ever asking for such a thing, New Mexico based craft brewery Gilipolas Barbado has released a beer brewed with depleted Uranium.  "Everything else that's been used in a craft beer has been done," explained brewery owner Jornada del Muerto "so we, like, tried to do something original."

"There's plenty of the stuff around here, so we thought, hey, why not make a beer with it.  After all, there's nothing in the literature I've seen that says uranium is in any way hazardous to health.  Though it is true I only read the beer sites and brewery Twitter feeds."

Bud Gear Hunting USA Editor Bill Kaiser-Batman agreed vociferously "I don't believe all those reports of people drinking this and throwing up and their beards falling out.  I've done a whole six pack today, and if anything it's given me a healthy glow!  Don't people realise that beer is meant to be fun?"

Element 92 DIPA will be coming to a hyped event and bottle share near you soon.

Micropub Entirely Made Of Pumpclips


During their latest ticking spree in Leamington Spa, a group of pub travellers were surprised yesterday to find one of their targets was entirely made of plastic handpump beer displays.  "I'm not exactly sure how happened," explained Tap, Tap & Tap owner Dave Nobreaks "but I'll give you the story."

"When I started up this place, I had four beers on.  Naturally they ran out and had to be replaced, but what to do with the old pumpclip?  After all, it's not like I'd ever have the same beer on more than once or anything. So I stuck it on the wall."

"I kept on doing this with every beer I did, until last November when the wall became completely covered." continued Nobreaks "I had to install a vent outside, so removed some bricks.  To my astonishment, the pumpclips just stayed there!  Eventually, I just took out all the bricks and sold them to a company that fits out craft beer bars.  Kept me going through January."

"I did have to to ban some Pumpclip Parade readers after they tried to remove the Wily Fox and Bank Top clips risking the whole structural integrity of the building, though."


Colourless covalently-bonded gas Carbon Dioxide yesterday professed its bafflement about the recent furore about its lack of availability to drinks producers.  "I don't get it," moaned CO2  "why are they starting on me now?"

"A few years ago, I was blamed for being excessive and causing global warming through trapping heat in the atmosphere.  But now, apparently, there's not enough of me to go around.  Where have I gone?  Surely not that much of me has dissolved into the oceans?"

"I mean, just wait a bit and there'll be plenty of me around in a week or two, dudes."

Meanwhile, The Campaign For Real Ale has been rejoicing at the news of the CO2 shortage.  "Now that the keg beer will be flat and unable to be pumped out at the bar," proclaimed Branch Treasurer Greg Steakbake  "you'll all have to drink the cask.  There's nothing like lack of competition to prove Real Ale's superiority to other drinks!"

"Because everybody knows naturally produced CO2 is much better for you than the artificial version.  Or something."