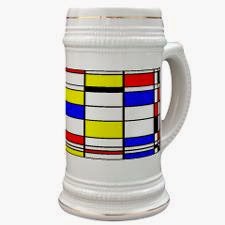 I've described how I regularly go to The Moorbrook here, I'm sure.  The manager has a definite liking for beer from Blackjack.  And who wouldn't have?  I'm also an Untappd user (it helps me keep track the progress of my recreational liver destruction if nothing else), and when I have a different beer, I always check it in.

The problem with doing this for breweries like Blackjack is that they seem to make a different beer every time?  I buy a pint of an IPA and enter it in the search box.  But which of the 30 Blackjack IPAs is it?  I scroll up and down the screen, looking for the exact hop varieties and ABV.  And even sometimes the date.  Even after that, I'm often still not that confident I've got it right.

After doing this a few times, it got me thinking (always a dangerous thing). What if Blackjack, and other breweries who make beer in a similar fashion, are not Craft Brewers?  Are they Art Brewers?

The basic definition of "craft" is a process practiced by a skilled artisan leading to a high-quality and consistently repeatable result. And whatever you say about Boring Brown Bitter, or even Thornbridge, its brewers are certainly consistent.

Art is a different matter.  The goal is to create a singular personal vision, the quality of which will only be apparent afterwards.  Sometimes a masterpiece will result, sometimes something bog-standard but ok, and maybe even something awful that's best not shown in public.  But it's all about ambition and creation, rather than knocking out the same thing again and again.

So, is a lot of s0-called "Craft Beer" really "Art Beer"?  If the brewers are not aiming to make a consistent product again and again for people who know what they like, and rather want to make something stunning that will be approved by their intended audience, I would say yes.

Maybe Craft is dead after all.  And Art has taken its place.
Posted by m.lawrenson at 15:12