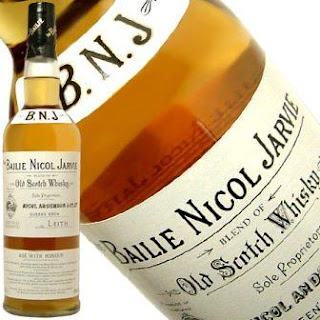 A few years ago, there was a blended whisky on the market called Bailie Nicol Jarvie.  While not the highest seller in the "Premium Blended" sector,  it was highly regarded by it's buyers and regularly got good reviews from the whisky pundits. Unusually, it was made with 65% malt whisky, as opposed to the 30% you find in Bell's, Grouse etc.

There were regular mutterings about how LVMH (the company who owned the brand) could knock the stuff out at £18 a bottle. Some even said things such as "I hope BNJ never becomes popular,  they'll never be able to make it viable."

And so it came to pass in 2014. LVMH discontinued it. The 65% malt they put in it was worth more than they could sell it for as BNJ. Being a maker known for the "Luxury Goods" sector, they decided to withdraw from the blended whisky market. Had the brand been as strong as say, Johnnie Walker (a bottle of JW Black has increased in price by 50% since 2009), they possibly could have increased the price commensurately, but the average BNJ punter was reckoned to have been unwilling to stump up the extra £7.

Events like this are starting to happen in the beer world. Cask beer is reckoned to be, as the experts put it, "a faff".  The sheer effort of brewing it, casting it, delivering it and getting the empties back is a pain, and even after all that,  there's no guarantee the pub they've sold it too will look after it or serve it properly.

What most sectors in the food and drink sector do when faced with such things is simply reduce package size or increase prices. The former is out, as beer is sold by the pint and drinkers would take a dim view of having a Toblerone done on them.

The latter is just as difficult for many reasons. Cask drinkers invariably have some kind of formula in their heads about what a pint "should" cost, and God help any pub that goes over this. This varies from place to place. In Preston,  a 4% cask bitter is usually priced at £3, but in Lancaster (20 miles away) it's generally at least 50p more. As most people, even now, rarely travel to drink, it's not often noticed.

With the (frankly ridiculous) every-growing number of breweries and (sadly) decreasing numbers of pubs, this price is being pincered.  Pubs and punters want it cheap, and there are always breweries willing to cut corners to offer their beer as cheaply as possible.

The main loser in this is the"premium craft cask" producer. They simply can't compete with someone brewing two barrels at a time in their (hopefully clean) garage with their lower duty rate and overheads.  And a lot of pubs simply want cheap, new beer and will gravitate away from the premium brewers towards the shed merchants. 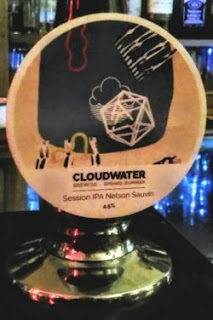 My fear, and indeed my prediction, is that brewers of Premium Cask will do a Buxton/Cloudwater and simply abandon the cask market with all it's vagaries for the keg market with it's better margins. The cask market will be left to National and Large Regional brewers with their economies of scale, and the garage and 2bbl people with their clapped-out Transit van and their well-thumbed local order network.

I pondered this yesterday in my local micropub while drinking a £2.90 pint of Hawkshead Lakeland Gold. The days of this sort of thing are numbered, I thought.