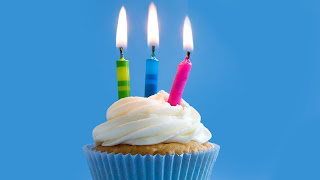 I don't remember why I started this blog. It was a long time ago. Maybe I was drunk at the time. Anyway, everyone else seemed to be doing it.

Unlike other people who do their stuff using aliases, personae and pseudonyms, all mine goes out under my own name.  I have no worries about people finding out my views about the beer industry and the people who inhabit it.  I'm unlikely to work in the industry myself for many reasons, mainly due to my inability to cultivate contacts and general lack of motivation and interest in other people.

As it is, I only get 3000 hits a month so it's doubtful anyone powerful spends a great deal of time here.  But that's a good thing. It means I can say pretty much anything I like, as long as it doesn't turn out to be libellous.

If I've learned anything about blogging in the last three years, it's that most people take piss taking in good spirit as long as you're not excessively mean or cruel. A couple of people have taken offence in the past, but if (as they say) they're aiming to be Serious Beer Journalists, then they'll have to deal with a lot worse than a scarcely-read Blogger making fun of them. For example, I doubt that, say, BrewDog has lost a single sale through what I've written about them, or Matt Curtis had an event cancelled through my "news" about "Curt Mattis".

I've always seen myself as somewhat apart from the rest of humanity, so it's only natural that I'll be somewhat apart from the beer blogosphere. No doubt I could get more exposure by doing beer reviews, and talking up breweries and bars. I don't, mainly because I'd be hopeless at it. I'm a crap liar. But if I did that, what would differentiate me from all the other blogs out there? I don't get freebies (apart from trade tickets to IndyManBeerCon, which I presume now will not be repeated), so I don't have to worry about disclosure. In other words, I'm free.

So, if you ever wonder about something I've written that seems inappropriate, harsh or just silly, it's because I'm trying to make a point about something. It's not personal. I barely know anybody in the Beer Industry.  I just think some things need to be pointed out, and as piss-taking is the only real talent I possess, that's going to be the way I'll do it.

Email ThisBlogThis!Share to TwitterShare to FacebookShare to Pinterest
Labels: Atypical