The Lizards Guide To Surviving The Lockdown : Part Two - The Bloggers Advise 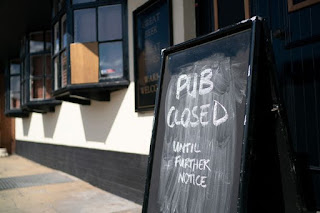 Eight weeks?  Yes, it's been eight weeks now.  Have YOU gone insane yet?  Have YOU covered your walls in unsettling, strange pictures with a chartreuse Crayola?  Have YOU baked a life-size effigy of Captain Tom with your panic-bought hoard of flour?  Have YOU even started watching BBC3?  If so, you're not alone.  Probably.

Any kind of pub-type experience is at least ten weeks away at this point, so at best we're not even halfway through this yet.  But if you, dear reader, think that you are suffering, imagine the travails of those most affected by this ordeal - the pub and beer bloggers of the UK.  As this particular blog is among those that are most well-regarded and connected, we at Seeing The Lizards have asked a select group of other bloggers on how they're coping while cut off from their usual stimuli.  And, importantly, how much they're drinking as a result.

All responses have been anonymised for their (and quite probably your) safety. 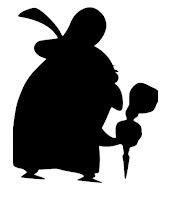 "Ah've been handling this lock-doon very well, if ah do say so mahself.  Though it's a braw job ah wisnae stuck doon in London wi' all those southern jessies and their awfy bad beer wi' nae sparklers. Plenty o'thermometers here too tae check if ah get the Rona.  In the meantime, ah'm goan through ma collection of old brewery crap ah got while scaring the reps senseless back when ah was a CAMRA Brewery Liasion Officer.  Right noo, ah'm off doon the offy for a carry-oot o'Fever Tree and Plymouth which should last me the neet!"  Alcohol units consumed since 23rd March - 175. 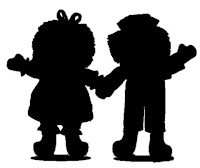 "Though you'd think these events would affect our business model somewhat, it's actually been very productive for us.  At our blog, we've been posting links, giving our customers (readers) teaser extracts from our next book, posting links,  organising themed posts with other bloggers to post links to on our blog, posting links, using other blog posts to 'springboard' our own and, of course, posting links.  We've also been writing EXCLUSIVE CONTENT, which you can access by signing up to our Patreon for as little as ONE DOLLAR a month.  Don't forget to check out our pledge tiers for extra bonuses too!"  Alcohol units consumed since 23rd March - Click here for EXCLUSIVE CONTENT. 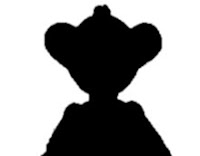 "To be honest with you, this lockdown is a bit like being a hostage in Beirut in the 1980s.  But without the blindfolds and beatings, of course!  I can't do my usual thing of travelling and taking bizarre and probably inappropriate pics now, so I've mainly been deleting all the emails I'm getting from Amazon asking me why I've not used my Dash button for green highlighters in two months!  Though my faithful readers can be assured I'll carry on taking scary photos of myself holding cleaning products.  I'll probably be drinking them too by July as well!"  Alcohol units consumed since 23rd March - 80 (100 if you're counting Toilet Duck and Flash) 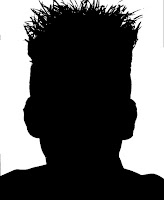 "Like thousands of other people, I'm working from home at the moment.  Well, actually, I always did, really.   But make no mistake - I am working.  Despite what some haters seem to think, setting up Zoom meetings with brewers, shop owners and other journalists so we can tell each other how awesome we are is, like, really hard dude.    The other hard part is actually having to go out and, like, buy beer with money and stuff.  The freebies from Europe are taking ages to get here, man.  I'm almost out of spare cash too, so I'll probably have to ask dad for some.  I mean - ask him to invest in an Awesome Online Beer Magazine That Will One Day Probably Do A Print Edition.  Value of investments can go up or down."  Alcohol units consumed since 23rd March - 2 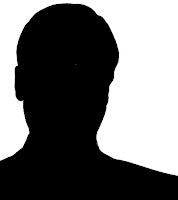 "I've heard some people have been really bored during this lockdown.  Not me - I'm making sure to plan for an uncertain future while I still can.  I've been going round the cash machines of my local town and emptying them of money, lest the government use COVID-19 as an excuse to ban cash altogether.   It's a free country, or so they tell us.  Also, I've been wrapping my house in tinfoil to make sure no puritan busybodies grab my data while I'm ordering Dreamies and Badger Tanglefoot from Sainsbury's.  Though I have been pursuing leisure too - I've been playing all my prog rock albums non-stop since March.  I've got through six of them so far."  Alcohol units consumed since 23rd March - 100

"Lockdown?  What lockdown?  It's life as usual for me!  Just let me open this bottle of whisky here.  Yep.  Life as usual.  Sitting in bed browsing Amazon for paisley shirts and clicking on eBay's selection of obsolete audio equipment while listening to music that no person with a sane mind would put on the turntable in 2020.  Yeah, I've not been to the pub for a while, but to be quite honest I've forgotten all about them.  Oh look, is that a new video about acoustic gramophones on YouTube?  I'll queue that one up behind that two hour one on reel-to-reel tape recorders.  Damn, the whisky bottle's empty again.  Where did I leave that carrier bag?  Look, I'll write another blog post one day.  Just have to figure out which keyboard to aim for."  Alcohol units consumed since 23rd March - 845,231
Posted by m.lawrenson at 20:07