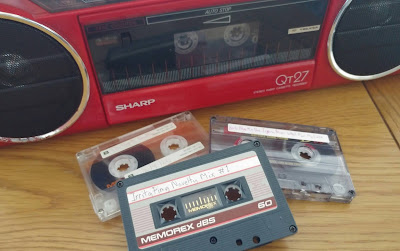 This apparently slowly tapering-off pandemic lockdown is dragging a bit now, isn't it? 15 weeks, right.  I'm not sure, as I lost count over a month ago.  Not going anywhere but home or work will do that to you.  Surely everyone is starting to run out of things to do by now, right?  I've been spending Friday nights making mixtapes to play at work on my 1985 boombox to my (presumably) bemused colleagues.  Bet they've not heard Lieutenant Pigeon or The Pipkins for a while.  Still, all things, good, bad, or indifferent must come to an end.

The Pubs Are Re-Opening On 4th Of July.

Or, at least that's the message that's been hammered into us over the last fortnight.  Truth is, a lot won't be.  Many licencees have questioned the wisdom of opening on a Saturday where even those who haven't been furloughed will away from work and, with a general expectation of carnage, are going for a softer opening later in the week.  Others have unleashed the tape measure and figured out that their pub isn't going to be viable with even 1-metre-plus social distancing.  Some probably haven't even decided yet.  But if so, with 3 days to go, they'd best decide soon.

In Preston, I know at least 3 of my regular haunts are doing the above, so it does make me wonder whether it's worth donning a face mask and paying £4 for the bus just to queue outside the town's two Spoons in, as is quite likely here, crappy weather.  As I result, I'm spending my week off checking social media and the local news for info about who's doing what and how they're going to do it.   Though a lot of places have been very quiet about it, which isn't making it easy.

As for how the day itself will go, well, if you thought the uncertainty of when pubs will reopen again was bad, it's nothing like the predictions of what may happen on 4/7.  I've heard everything from landlords worried they've spent time and effort on enabling social distancing only to be confronted with a deserted pub as everyone has either been put off or scared away, to predictions of complete and utter bacchanalian orgies with unconscious drunks in the street and people pissing all over the town square.  My suspicion is they'll be a few pockets of both, but mostly things will be underwhelming and slightly disappointing.  "We waited 3-and-a-half months for that?"

So will I be going out, if only to say I was there?  At the moment, I'm undecided.  I'd want at least 3 places to go to, so as I don't have to spend hours sitting by myself in a Spoons isolation pod, or on a wet seat in a beer garden in the rain.  I'd probably need an itinerary too, which I don't usually do unless it's Mad Friday.  And if it gets too crowded, I'd need a quick exit plan. So who knows?

Maybe I'll be making more mixtapes this Friday.
Posted by Lizard Seer at 12:23