Let There Be Beer? 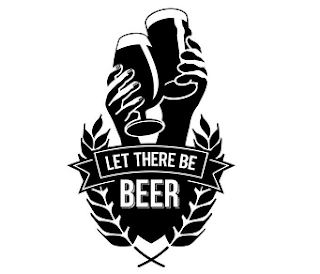 Ah, those wonderful multinational macrobrewers.  They're worried about us Brits.  Well, actually, I doubt they give a toss about us.  But they're certainly worried about us not drinking enough beer.  Caught between the pincer of "Evil Binge Drink Britain" bad publicity and lack of disposable income, we're simply drinking less.  So, like a group otherwise warring feudal Lords, they have marshalled their efforts to confront the greater threat.  And the result - the new beer promotion campaign "Let There Be Beer".

Oh dear.  Where to start?

The name of this effort is an obvious allusion to the song, most famously done by Nat King Cole in 1961.  It seems the big brewers have realised beer has a somewhat unsophisticated image, and are trying to get people to associate with smooth, relaxed surroundings, possibly with jazz playing in the background.  Try and imagine this in your head - a sharp-suited, clean-shaven urban gentleman, and he's posing artfully with one arm resting against the bar, slighty smiling with his eyes half-closed.  And he's holding a pint of Peroni.  Yes, imagine that.  And does it work?

Pete Brown has numerous things to say about "Let There Be Beer".  As a former adwanker, his views are not to be taken lightly.  But his amusing take is that, as the campaign is run by corporo-lager makers, they've come together to simply make a larger scale version of the bloody lager ads we've been seeing for 35 years.  Why not promote the hip crafty end of the beer world - the one that's seen the most sector growth in the last decade?

I can see why they haven't.  It's all very well giving attention to microbrewed cask ale and craft keg IPAs, but where is the "average" consumer going to find this stuff?  Spoons will do a few, but most large towns have pubs that subsist (as always) on the local favourites.  How many "average" pubs have Oakham Citra or DarkStar Espresso on the pumps?  And even if your bewildered "average" beer drinker comes across, say, Thornbridge/Sierra Nevada Twin Peaks on a keg font, what is he or she going to think when the barman tells them it's £3 a half? 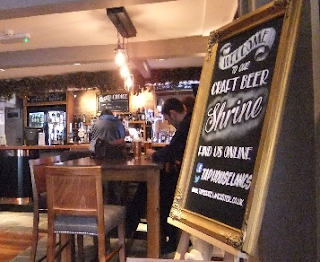 No, the macros are going to push what they've been pushing at us for years, simply because it's easiest and has the most brand recognition.  As an aside, any long-term denizen of craft beer places will know what happens when an "average" drinker accidently wanders into one in search of refreshment - they will look up and down the bar, look horribly confused and say "Haven't you got any Smooth/Guinness/Fosters?".  The barstaff will try to suppress their hilarity as they try and sell the customer a selection of (to them) completely unfamiliar beers.

It's quite possible that beer itself is going through the process of "category realignment".  As the mainstream drinker deserts it for wine or gin or whatever, the beer market will be left to beardy casketeers and flat-cap and flannel shirt IPA hipsters.  Mass produced beer, such as it exists, will be an indistinguishable means to an end.

Beer, if not dying, is moving.  And no amount of efforts by the macrobrewers to set it in concrete will change that.
Posted by Lizard Seer at 07:39