Interview with Baron Dickie of Ellon

The craggy mountains of Aberdeenshire are, as you'd expect, laced with the history of alcohol.  Most people would associate this area with whisky, the abundant water and cool climate being ideal for producing the water of life. But whereas you'd expect to find the master distiller of Glen Garioch here, discovering the retreat of a former craft brewer is a surprise.

Turn left at Inverurie on the A94, and you will eventually reach the village of Oldmeldrum. A place of stone built cottages and pebbledashed council housing, the last thing you're anticipating seeing on the outskirts is a large country house in the 2020s Brutalist Gothic Style. The only clue about the history of the occupant is the faded blue and slowly disintegrating sign depicting a stylised dog, topped with the distressed typography that was inexplicably popular back in the 2010s.  This is the home of one of the architects of the craft beer revolution, Baron Dickie of Ellon, best known as Martin Dickie from BrewDog.

Craft beer was the biggest thing to happen to the drinks industry back in the early 2000s. In many ways, it's influence was disproportionate to it's actual sales. But it's fair to say, beer would be very different today, some would even say extinct, if not for the influence of the Craft movement.

Viewing Lord Dickie today, it's hard to imagine him as the flat-cap wearing firebrand enfant-terrible of British Brewing.  Reposing on an antique Chesterfield, dressed head-to-toe in tweed, he looks every inch the middle-aged Scottish country gent. The flat cap remains, though these days it is a product of the Isle of Harris rather than a hipster boutique in Edinburgh's West End. 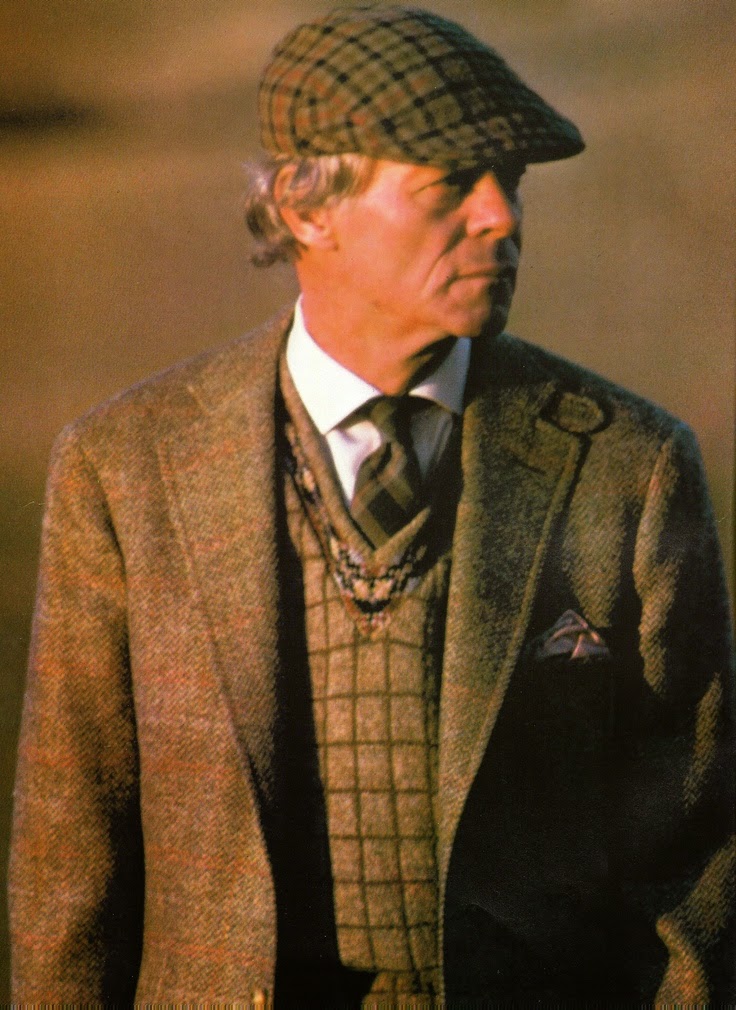 "How did we get into the 'craft beer' thing? Well, as we [Dickie and his former friend and business partner James Watt] saw it, there was a gap in the market. Beer was many things earlier this century, but fashionable it wasn't." explained the Baron, sipping on a fine China cup of Earl Grey.

"I was an assistant brewer at Thornbridge [a defunct, but much lamented craft brewery in Derbyshire] back in those days.  I'd created an India Pale Ale called Jaipur which had reasonable popular and critical success, I'd like to think."  But the brewery's owners were independently wealthy, and saw no need to change their rather staid, so Dickie saw it, ideas of beer in order to become more successful.

"I could have stayed at Thornbridge and churned out endlessly tweaked versions of Jaipur for the pub and festival market. I saw the sales figures and knew there was a demand.  But it didn't appeal much to me.  Where was the notoriety, I asked myself, in being one of many assistant brewers at a microbrewery in a country house in the middle of nowhere in England?  I needed to do something else."

The something else in question came in the form of James Watt, Dickie's old schoolfriend and erstwhile North Sea fishing boat captain.  "Jimmy was at a loose end," he explained "He knew nothing about brewing, but was savvy about money and marketing.  We decided to set up a brewery together.  It was either that or buy a trawler, and neither of us fancied that."

Setting up the brewery was one thing, as they did in the town of Ellon, Aberdeenshire in 2006, but how could they differentiate themselves from the ever-increasing numbers of microbreweries that were springing into existence in the late 2000s?  Watt and Dickie eventually hit upon the answer "Every man and his dog was installing brewing kit in his shed back then.  It was all that redundancy money and free time floating about.  All you needed was a basic technique and some New World hops and bang, there you were.  A lot of it was crap, but there was a lot of it.  We decided to take our cue from America."

Stone Brewery may not mean much to us now, but they were, in the parlance of the time, the edgiest craft brewer out there.  Even the straightest of their bottled beers gave an immense smack of hops to the face, and their packaging provoked and even outright insulted their customers. One bottle blurb shouted "This is an aggressive ale. You probably won't like it.  It is quite doubtful that you have the taste or sophistication to be able to appreciate an ale of this quality and depth". 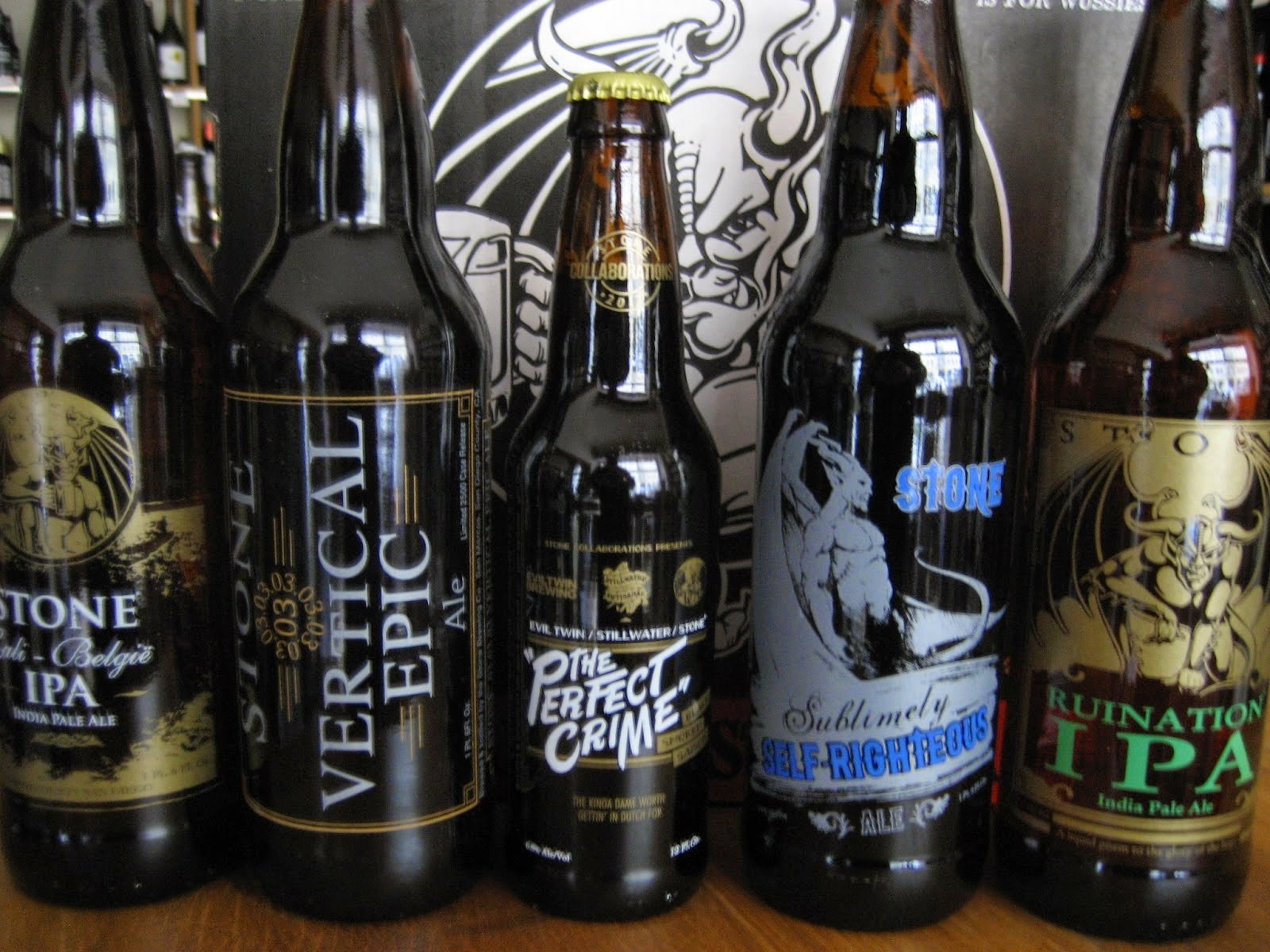 "I don't know how and when we came up with the name 'BrewDog'.  I think Jimmy's dog had just died, and it was on his mind.  It sounded catchy enough, anyway."  But where did the whole "punk" image come from?  They had the Dog, and they had the USA-style craft attitude, but why specifically "punk"?

"The way Jimmy and I saw it," explains Dickie "is that the punks, the original punks, back in the 1970s were few in number.  But they had massive publicity and influence that was really out of all proportion compared to how many of them there were.  What better way to get attention for a venture that would otherwise have been Craft Brewery Number 86 that year?" So, it actually was about attention-seeking, as some commentators back then claimed?  "Look, you could have hardly got two guys who were less 'punk' than me and James.  We were graduates in Brewing & Distilling and Economics & Law.  So in a way it probably was  an affectation, yes".

Entirely authentic it may not have been, but BrewDog was extremely successful from a standing start.  Based on it's three basic beers, the red ale 5AM Saint, the American-style ale Dead Pony Club and the India Pale Ale Punk IPA, Watt and Dickie became the most visible manifestation of the new UK craft brewery movement.  The Baron continued "Those three made the most inroads.  We did a few beers that were reasonably successful too, like Hardcore IPA which was Punk but with more alcohol, and Libertine which was a stout with some other stuff.  But our three classics were the ones you could buy in your local supermarket."

"We also did other brews which were strictly for publicity purposes.  Someone once said these were 'bullshit beers' and to be honest they weren't far wrong.  When you use ice-distillation to make a 48% abv beer, or stick a limited edition bottle inside a dead squirrel skin it's only going to be for promotional purposes, isn't it?  Jimmy cooked up some bumph for the press about pushing back the frontiers of craft experimentation, but I don't think anyone really believed it." 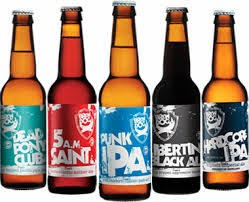 With national distribution of it's beers, an ever-expanding chain of craft beer bars and almost constant press coverage, by 2014 the world seemed to be BrewDog's Oyster Barrel Conditioned Stout.  Where does Lord Dickie think it all started to go wrong?

"To keep up with demand, we'd opened a newer, much larger brewery next to the old one.  We kept the old one for experiments and tours to show bloggers and trade people how weren't the typical microbrewery, but in the end we closed it and sold the land for development.  I think the soul of BrewDog began to die at that point."  Indeed, with it's capitalisation by share issues, expanding turnover and profits and increasing presence via shops and bars in major cities, the "beer by punks" image was becoming increasingly difficult to maintain.

Dickie goes on "Looking back, I can see it was inevitable.  The whole thing was so easily thought up and put together that it was only a matter of time before other breweries started to copy us like we did to Stone.  The Hardknotts of the world and all those places that grew out of railway arches in London.  They wanted a piece of the action too."

And then the great 2016 Hop Crisis arrived.  There were so many craft breweries putting so many New World hops into so many beers that demand for them vastly overstretched supply.  Prices of such craft staples as Cascade, Citra and Centennial doubled.  Then trebled and increased four, five and even six-fold.  A lot of breweries went under at this point, or switched to much-maligned English-style ales.  BrewDog at this point was big enough to absorb the costs, but their shrinking margins made them vulnerable.

What happened next is detailed by Lord Dickie.  The sorrow in his voice is unmistakeable.  "In spring 2020, we had a big offer from Diageo [a producer of spirits with a large presence in Scotland at the time].  They'd seen the increase in interest in craft beer and were worried they'd missed the boat.  There was only so much you could do with a brand like Guinness.  It was a very large offer.  I was minded to accept, but Jimmy wanted to carry on doing the publicity stunts.  We fell out, to put it bluntly.  Diageo made such a good offer to all those small shareholders that I conceded defeat, and James sold up in disgust."

"Diageo made promises about keeping the integrity of the company intact.  Of course, they didn't keep them."
-------- 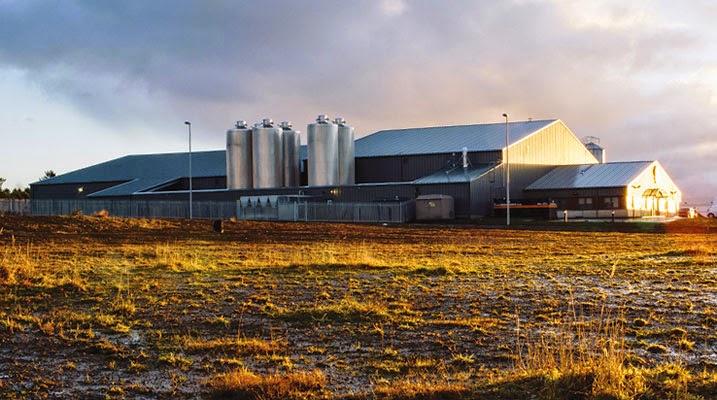 Fourteen years later, the former BrewDog Brewery, now Diageo Brewing Plant North East Scotland 2, makes lager mainly for the Scottish market.   You can still see Punk IPA and 5AM Saint at your local supermarket, but they are made elsewhere, contracted out to medium-sized breweries in England.  Dickie himself is lost to the brewing industry "I tried to get back in, but the bottom had fallen out of Craft Beer market by that time.  Fashions change.  I had this house built, and retired to it to gaze wistfully out to the North Sea."

"I'm glad I did it.   It was short-lived, but we had fun and made some money.  For a while, the world knew who James Watt and, yes, Martin Dickie were."

------
Postscript : After the publication of this article, a friend of Baron Dickie's contacted the author.  We will let their words speak for themselves :

"We've been worried about Martin for a while.  He kept talking about being yesterday's man and how nobody was interested in him any more.  But your article gave him the biggest fillip he'd had in years.  People were paying attention again! I'm not saying anything, but we did find a brewing equipment catalogue on his coffee table last week...."

For Boak & Bailey's #beerylongreads
Posted by Lizard Seer at 18:41