The Conservative Party have got into trouble recently.  Not for the things they should be getting into trouble for eg. iniquitous charges, workfare slavery or their austerity programme not working.  No, apparently one of Dave Cameron's mates has referred to Tory grass-roots activists as "swivel eyed loons". 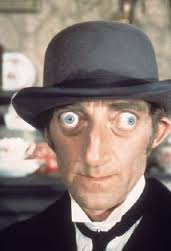 It seems the Party leadership (consisting as it does of Dave's Eton schoolfriends) do not particularly represent the views of the average Tory activist (aged 68 and living in a Home Counties suburb).  The furore over gay marriage is a symptom of this.  Apparently, Cameron & co are a smug metropolitan elite whose views are out of touch with their street-tramping and envelope-stuffing volunteers.

If you read certain things, namely the lettercolumn of What's Brewing, CAMRA's executive committee are guilty of similar things.  One of Mike Benner's main selling points to the non-beer world is that he doesn't look like and sound like a stereotypical CAMRA member.  And, I'm sorry about this John Clarke et al. , but CAMRA members do have a bit of an image problem.  Ask any real ale pub landlord, and he'll regale you with tales of beards coming in, asking to sample all six beers, buying a half, complaining about short measures/temperature, and buggering off to the next pub to do the same.  One barman told me he'd put the price of a pint up for CAMRA members if he could.

How true these tales are I'm not sure.  Every self-selecting organisation has its git elements.  But what makes CAMRA different is that its membership has increased over the last 5 years (by something like 50%, I think), whereas that for political parties has declined.  The Conservative party is down to its hardcore vocal activists who probably don't represent what most Tory voters actually think on a lot of issues.  CAMRA's aged hardcore, while vocal, are increasingly being drowned out by newer (and I use this term advisedly as most new members are still over 35) voices. The whole anti-craft keg thing at the 2013 AGM was a mere raging against the dying light.   I believe craft keg will be totally accepted in the next decade, even if the committee have to amend the definition of "real ale".

Mike Benner, Colin Valentine etc. may not be to the taste of a lot of hardcore, 40-year veteran Beard Club members, but they are the future.  Whatever that may be.

Note : The title of this post is a quote from the media coverage of the Conservative Party, and is used as a description of this phenomenon.  I am not calling CAMRA members "swivel eyed loons".  Thank you.
Posted by Lizard Seer at 13:29